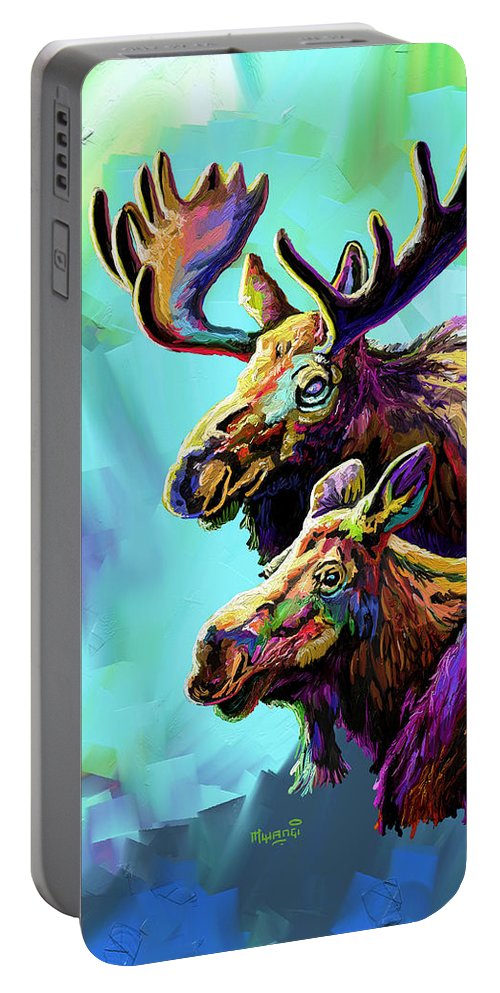 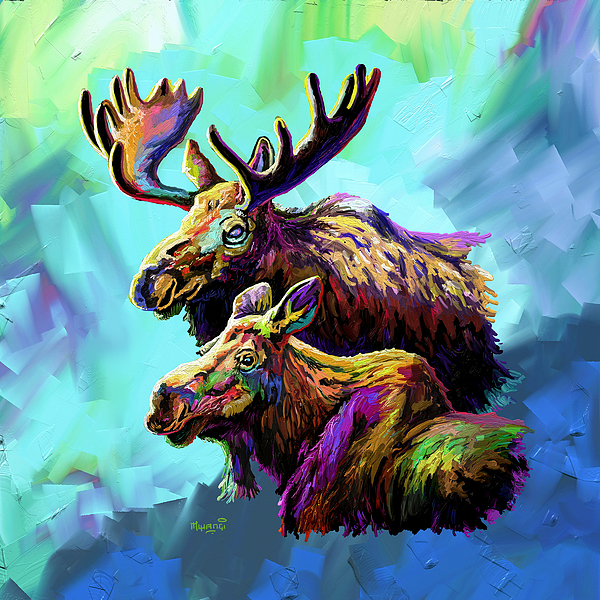 Moose are solitary animals, which is why your encounter will probably be with a single moose. Despite their imposing size, they are very quiet,... more

Congratulations on your feature in the Fine Art America Group "Images That Excite You!"

Beautiful stylized realization of a moose couple amid the snow, Anthony.

Thanks Joel. I appreciate

Moose are solitary animals, which is why your encounter will probably be with a single moose. Despite their imposing size, they are very quiet, capable of gliding through forest, brush or pond without a sound. They mean no harm. They are, when alone, content. Of course humans, as usual will not mind their business! They must hunt a squirrel to a dinosaur!After expanding for most of the 20th century, the moose population of North America has been in steep decline since the 1990s. Populations expanded greatly with improved habitat and protection, but for unknown reasons, the moose population is declining rapidly.Really, there is a lot to say about the Moose, this great animal is another superb marvel of creation! In this painting there is male and female Moose